Shihan Jun Yamada, together with Shihan Motohiro Fukakusa were invited to Cluj to conduct seminars from the 26th to 30th November, 2009.  Both Shihans were welcomed by the Chairman of Cluj Aikikai, Mr Dorin Machis and Mr T. Kawashima, who coordinated the trip.  The seminars were held over a five day period, with 130 aikidoka practicing on the brand new 150 pieces of tatami.   Participants from Malaysia, David Yap, Su Tiang Joo, Jerry Ling, Francis Choong and Bernard Lawrence joined in from the night of the 27th and contributed to a merry seminar.

On the 30th November, both Shihan travelled to Vienna and conducted a one hour seminar respectively at Shumeikan Dojo, under the leadership of Mr Dieter Jobstl, the Chairman of Vienna Dojo. 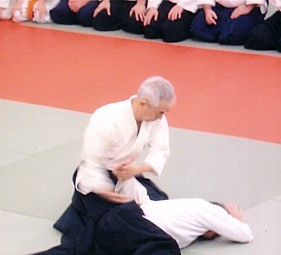 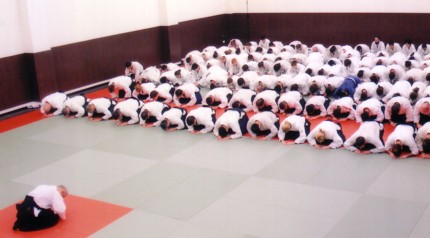 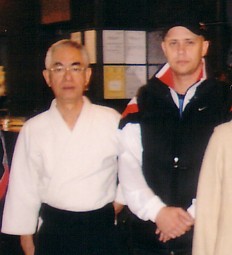 The Statue of Morihei Ueshiba, Founder of Aikido

Shihan Jun Yamada attended the auspiscious ceremony of revealing the new statue of Morihei Ueshiba, Founder of Aikido on November 8th, 2009.   The revealing ceremony was solemnly held with prayers for the Founder and the future of Aikido, from 10:30AM to 11:30AM at the AikiShrine in Iwama, Japan. 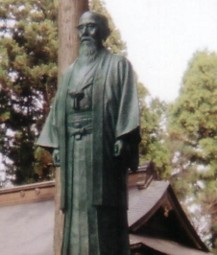 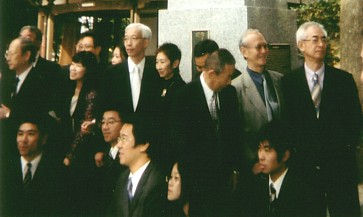 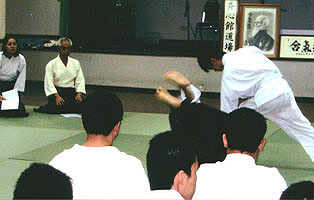 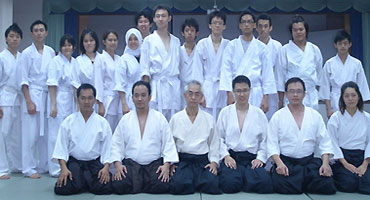 On April 4th, 2009, an upgrading was held for Seishinkan Dojo for four of their members at the Swinburne Campus.  The upgrading was followed by a seminar, where members from Hikmah Dojo also participated. 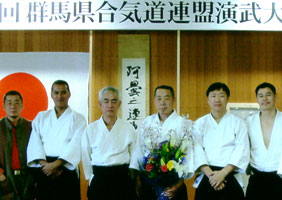 Gunma Aikikai celebrated its 35th Anniversary on March 15th, 2009.  Gunma Aikikai was established by Toshiyuki ARAI Shihan.  More than 500 people came from all over Japan where Malaysia Aikikai also came to give support to Arai Shihan.   There were also visitors from Taiwan.

The participants from Malaysia proudly stated that they attended Doshu's seminars in Japan's cold winter with the help of the regular visits to the hot springs.   It was a moment of reunion for both Arai Shihan's and the Malaysian group because in 2006, Arai Shihan and his delegation were invited to do a seminar for Akademi Aikido Jyuku Malaysia Aikikai.

Arai Shihan stories on when he was a disciple of O'Sensei went long into the night.  It was a tough and highly committed effort, which would be difficult to imagine in today's world.  Arai Shihan and Yamada Shihan's friendship began in 2002 in Bangkok.  Doshu and Yamada Shihan in their cordial discussion on Aikido in Malaysia.

On December 13-14th, 2008, Fukakusa Shihan (Thai Aikikai) conducted a seminar in Hanoi, Vietnam.  Yamada Shihan was invited and he conducted trainning session during the seminar.  A month later on January 10-11th, 2009, Mr. Bui Hoang Lan of Vietnam Aikikai paid a visit to the dojos of Academy Aikido Jyuku in Kuala Lumpur and Shah Alam. 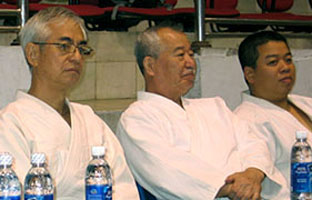 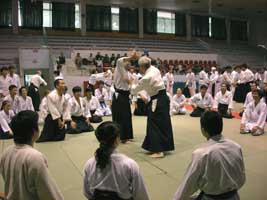 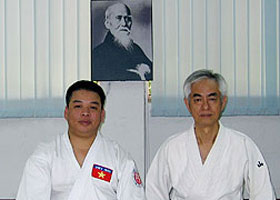 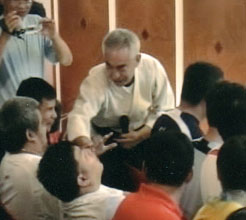 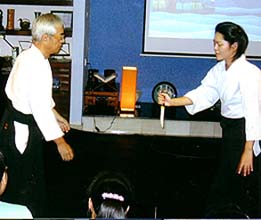 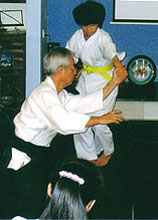 On Christmas Day in 2008, Shihan, Sae (Shidoin) and Eiko demonstrated Aikido for members of J Chapel.   In 2007 and last year, we were priviliged to show Aikido to the audience whom some of them were blind.   The audience was amused with the techniques which was executed on them.
The Akademi thank Pastor Mayumi and Mr Colin of J Chapel and their members for their hospitality and this wonderful opportunity. 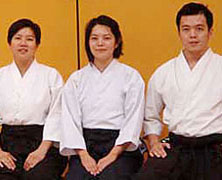 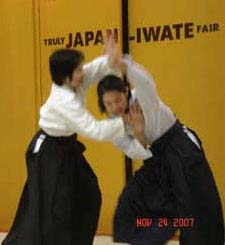 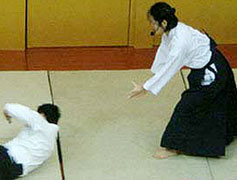